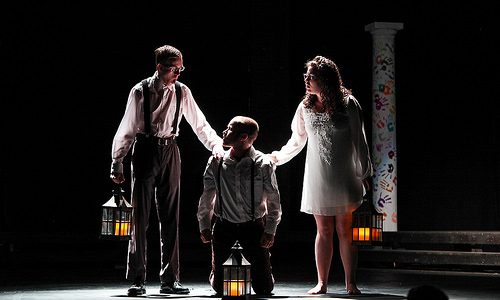 The star of the hit show “Supernatural”, Jared Padalecki, recently opened up about his personal struggle with depression with the launch of his Represent.com t-shirt. The shirt, which features Jared standing with his arms crossed behind the words “Always Keep Fighting”, is part of the To Write Love on Her Arms (TWLOHA) campaign, a nonprofit which helps people with depression, addiction, self-injury, and suicide.

According to Jared, “There’s no shame in dealing with these things. There’s no shame in having to fight every day, but fighting every day, and presumably, if you’re still alive to hear these words or read this interview, then you are winning your war. You’re here. You might not win every battle. There are going to be some really tough days. There might be several tough times in any given single day, but hopefully, this will help somebody to think, “This isn’t easy; it is a fight, but I’m going to keep fighting,” and that’s why we did this shirt”

Click here to read more about Jared’s interview on depression. Thank you, Jared, for your efforts to raise awareness on mental health issues and for working to destigmatize tad!

“We’re not saying people are legitimately possessed by demons, but if you’re possessed by an urge to do a drug or to harm yourself, or to beat yourself down, then you have to beat those demons as we try to do on “Supernatural.” –Jared Padalecki