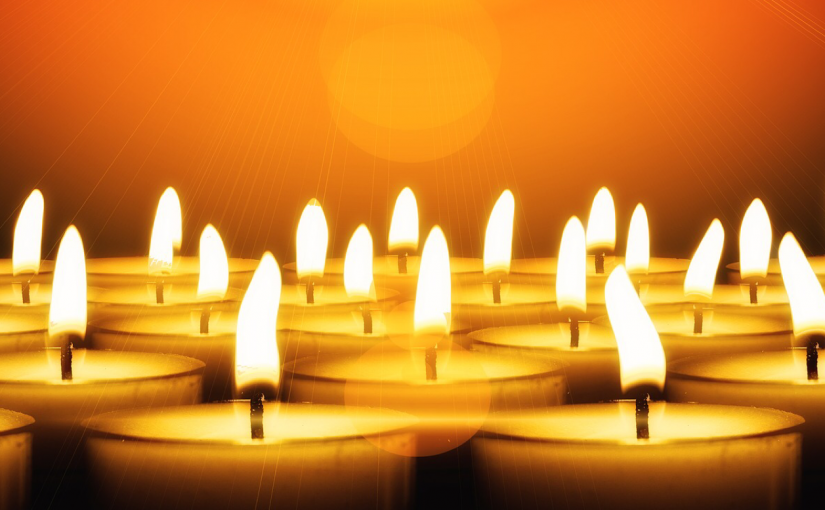 My college is one of many around the U.S. that really pushes mental health awareness. During the month of October — the first full week of which is National Mental Health Awareness Week — my school holds dozens of events promoting the discussion of mental illness, stigma reduction, and self care.

This past Friday, they held their annual Mental Health Vigil to recognize past and present sufferers of these horrible conditions. After we lit our candles and listened to a few opening remarks from the Dean of Students, students were invited up to the podium to share their stories.

I was always well aware of how prominent mental health issues are in society, especially on college campuses. However, you usually hear about generalized anxiety or mild depression. I used to have very severe cases of OCD, anxiety, and depression, and while I knew that others also had these same issues, I always thought of myself as having a more serious case that isn’t too common. I kind of felt like an outcast within a group of outcasts — not only was I stigmatized for my illness, but I had an added level of stigma for having an extreme version of that illness.

As each of the five student speakers told their stories, I was shocked to find that each was as severe, if not more, than mine. They also couldn’t leave the house for months at a time. They experimented with numerous different medications, often with side effects more harmful than the original condition. They cried for hours straight and contemplated suicide. They were betrayed by friends and family.

After listening to them, I felt solace. I hadn’t realized just how alone I still felt until those students laid common ground between us. Suddenly I didn’t feel like such an outcast anymore. At the same time, I was saddened knowing that such debilitating cases are more common than I originally thought.

I like to write about my past experiences, mostly as a method of expressing the pain that I still have today when thinking about my lowest points. I am able to be more vulnerable and raw in expressing my emotions on paper because of the typical “hide behind the screen” idea. I also like to talk openly about my past to friends and strangers, but these conversation are very surface level to avoid breaking down in front of them. I was asked to speak at the vigil, but I knew I wouldn’t be able to hold it together. I consider myself a very strong person, but I crumble as soon as I start reliving those old memories. But these students spoke with poise, grace, and confidence, and it was really touching to see how far they have come in their own personal struggles. I was so proud of and happy for these complete strangers.

I’ve never talked to any of these students before, but I feel like I’ve made five new friends whom I’m deeply connected to.

Have you ever had an “aha! moment” of realizing you’re not alone in having a child with an illness? Has your child ever realized this too?