I was so ready to graduate from high school! I had been accepted to my dream college and I wanted to move away from home, meet new people, and start fresh. High school had been pretty rough. I was diagnosed with bipolar disorder my junior year and I struggled to understand the illness, how to manage it, and how to explain it to other people. People who have bipolar disorder struggle with bouts of extreme energy and euphoria and then dark depressive episodes. The depressive episodes wiped out my motivation and made me feel hopeless and worthless. I was a good student, I belonged to a lot of clubs, I played sports, and I had wonderful friends but when I was depressed I had no energy to do any of these things. Depression made me feel so lost and defeated that I forgot who I was. I felt like all I had was my depression. I really wanted to go to college because I thought everything would be different. I honestly thought I could leave my bipolar disorder and my depression behind me.

After high school graduation I moved into my new dorm room, I started attending classes, I made new friends, and I got to experience the freedom of college – but guess what – I still had depression! Mental illness is a chemical imbalance that doesn’t disappear, even if you really want it too. Mental illness is a chronic condition that you have to manage through medication, sleep, exercise, and practicing self-care – moving two hours away from home doesn’t mean you’ll be cured! But I didn’t want to admit that – I wanted to have a fun “normal” college experience like everyone else. Since I wanted to fit in so badly I didn’t tell anyone about my depression. If my roommate or new friends found out I had a mental illness and had to take medication they would distance themselves from me because I was crazy, right?

I went to college thinking I’d never tell anyone I had depression because I hoped if I didn’t talk about it it would go away.

I held off on telling anyone for a couple of months but my depression started looming and soon enough I had a pretty bad depressive episode. I hid from everyone I knew and I told my roommate I was sick. I was horrified! I was still depressed and I felt more alone than ever before because I had no one to talk to. Luckily one of my new friends – who is still my best friend – came to check on me and asked if I was ok. I couldn’t hold it in any longer, I felt so isolated and distraught, and I told her that I had a mental illness. I was worried about her reaction but my friend told me that her younger brother struggles with depression. She gave me a hug and offered to help. I’ll never forget what she told me, “We’ve all got something!” After that I started telling the important people in my life, including the disability services office that helps students with disabilities get accommodations in college, about my depression and most people understood. My friend was right, we all have mountains to climb and it is significantly easier to scale that mountain when we have friends to help keep us steady and strong. 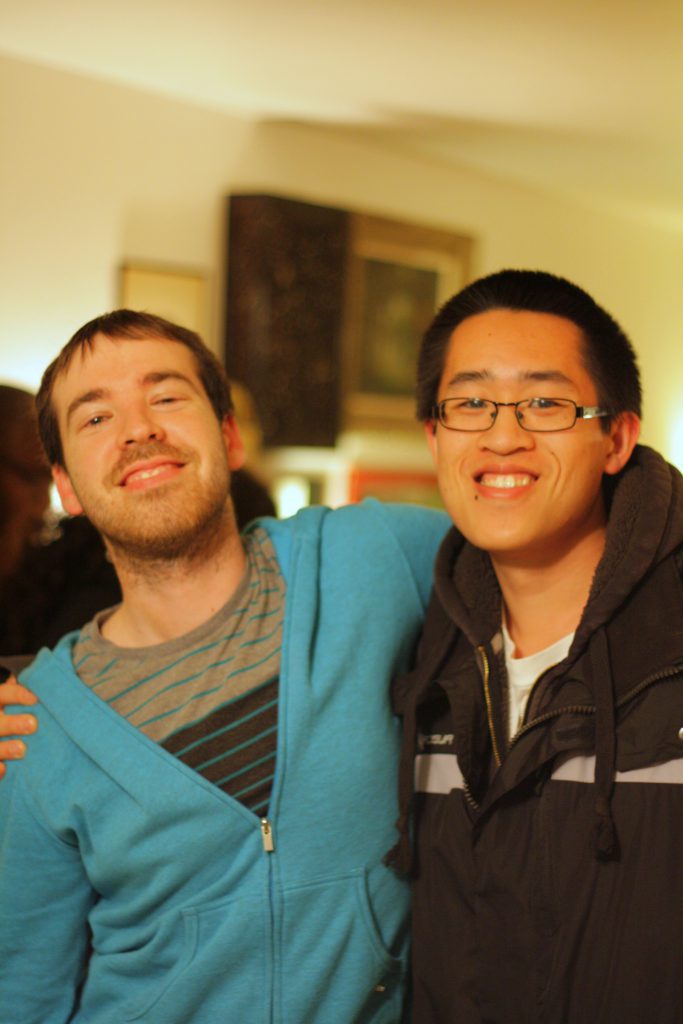 I went to college thinking I’d never tell anyone I had depression because I hoped if I didn’t talk about it it would go away. I didn’t want people to know me as that “depressed freshman.” However, when I needed help and I started telling people about my illness, it was surprising and reassuring to learn that a lot of people are impacted by mental illness. Whether they understand it from personal experience or they have a family member or friend with mental illness, mental illness is a part of the human condition. I’m not alone. There is no “normal” college experience and I found that I could enjoy college the most if I told people I trusted about my depression who could help me if I needed it. During my freshman year I learned that I couldn’t move away and leave my depression at home, but people were more understanding and supportive than I thought.

Have you ever found by telling someone about your mental health they were more supportive than you thought?