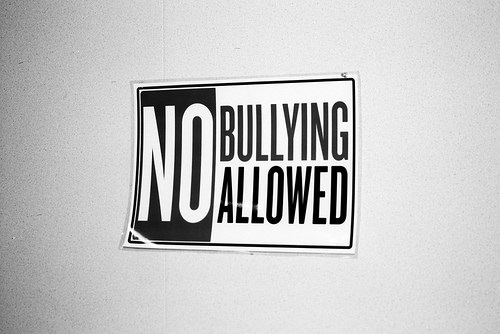 She thought it was silly and shared the joke with her friends.  But now it’s ruined a young man’s reputation.

Also, according to Dr. James Dobson, adults can accidentally bully a child. For example, he remembers a time when:

a teacher was trying to teach his students the concept of large and small.  This teacher brought a tall girl and a short boy up to the front of the class room. He then showed the class that the girl is large, and the boy is small (Dobson). While the teacher probably had no intention to hurt his students’ feelings, his insensitivity to their feelings may have hurt them. We commonly associate bullying as something that happens between peers. Many times teachers mean no harm, or are just trying to be funny, but they end up hurting their student’s feelings.

Have you ever been an accidental bully? or accidentally bullied someone else?