The SOVA Project is happy to feature this blog post written by one in our team of fantastic SOVA Ambassadors—these are young people who help create meaningful blog posts from adolescents’ perspectives. We hope you can use their post to start a conversation with your adolescent. 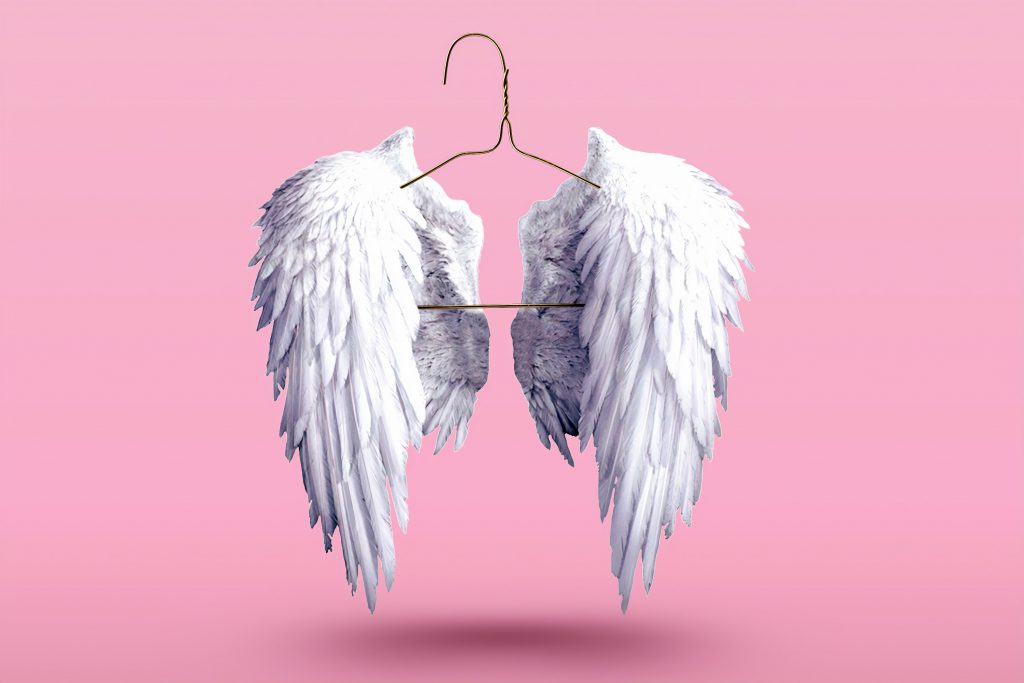 I wrote the following short story (in the genre of magical realism!) about a girl who, like many of us here, struggles with anxiety throughout her everyday life.

The Daily Catastrophes of the Girl Who Was All Wrong

A Step by Step Guide on How to Brush Your Wings:

Step One — Choose the correct brush for your feather type

Step Five — Use a small towel to rub off excess detangler

Catastrophe One — Getting Ready

Willow winced and pulled the blanket over her head as the alarm frantically screamed at her to get up. She slipped out of bed, glaring at the flashing numbers until the clock gave one final yelp, and then she tiptoed into the bathroom to get dressed.

Exiting a minute later, Willow sat down cross legged on the floor in front of the full length mirror mounted on her door. She stared at her figure for a moment before seeing all of her faults start to flash neon green. As usual, tears blurred her vision and caused the faults to fade back to normal, or as close to normal she could get.

And as usual, there was one fault that never faded from green back to grey. Grimacing as she looked at her large green wings, Willow picked up her feather brush and began to sort out the two monstrosities perched on her shoulder blades. Over the summer, she had used the step-by-step guide that Nora shoved in her face on the last day of freshman year so many times that she now had it memorized.

Once she was done brushing her messy feathers into something slightly more presentable, Willow drudged down the stairs and started making herself breakfast. She wished she could get away with not eating anything in the morning, but her mom had noticed that she was secretly throwing away whatever food was prepared. Now, her mom had decided that Willow could eat whatever she wanted as long as she ate something.

So, here she was, watching as a single piece of toast sprung out of the toaster and floated gracefully onto a plate in her hand. It moved with such beauty that Willow was sure the toast must be mocking her.

After a silent car ride filled with awkward attempts at conversation from Willow’s mom, they finally pulled up to the yellow curb in front of the high school. Willow unbuckled her seatbelt, closed her eyes, and tried to ignore the disorienting dizziness that was creeping up on her. She shyly edged her way through the bustling crowd of students talking and walking every which way.

As she padded through the grey, echoey halls, Willow heard amplified murmurs containing her name flying all around her head. The voice of the captain of the football team was sucked into her ear, and she listened over and over again as he chuckled and whispered, “I dare you to go over there and talk to Dumbo!”

Willow walked to her locker, lost in her thoughts and the repeating sound of her tormentor calling her Dumbo. She quickly started placing her binders and notebooks in her backpack, and then closed her locker shut. Willow forgot how to breathe when she saw Nora and Harper standing next to her locker, looking at her like she was a dead bird being picked up with gloves and daintily dropped into the trash can.

Catastrophe Three — How to Take a Punch

“Look Harper, it seems like Dumbo finally had her growth spurt! Oh, wait… her wings have always been too big. Anyways, I need to go get my picture taken! I was just nominated for the prettiest wings award and they want to showcase my beautiful feathers in the yearbook. You know, now that I mention it, you could definitely learn a lot from the way I style my wings,” Nora sneered, laughing at Willow and the wings that were constantly weighing her down.

As Nora left Willow to sink into her skin with despair, Harper began to spin and follow Nora. Then, in a moment of undeniable regret, Harper quietly twisted around and mouthed the word “sorry,” to Willow. Her big eyes and the ashamed expression on her face shined through the darkness that was clouding up in Willow’s eyes, and Willow gave her a half-smile back. Harper frantically turned around and continued walking behind Nora before she could notice that anything had happened. Willow waited until the two girls turned left, into a different classroom, before fleeing to her own homeroom.

Willow sighed a breath of relief when she walked into the completely empty classroom. She slipped into a seat by the very back corner of the room — an ideal place to sit when you want to avoid being noticed at all costs — and pulled out her earbuds. Over the years, she had learned that the best way to ensure that people don’t talk to you is to listen to music. As she was detangling the messy cords, Willow heard the door open and realized she had taken too long to unravel the earbuds; now she couldn’t ignore whoever might be walking into the room if they tried to talk to her.

Mrs. Bright billowed into the room and gave Willow a concerned look. “Why are you sitting all alone in here, Willow? You know, you should really be talking in the halls with your friends! It’s better for your brain development if you interact with peers as much as possible.”

“Oh I just misread the clock and thought that school was about to start, sorry,” Willow quickly lied, immediately hanging her head low and putting in her earbuds afterwards. She turned on some music and let her mind wander for fifteen calm, undisturbed, safe minutes.

Catastrophe Five — Don’t Lose Your Head Over It

Willow was so lost in her music that she had nearly forgotten she was stuck at school, but just when she started feeling a bit better, students began entering the room. There was just a light trickle at first— a few people here and there— but within a minute, the flow had become a herd of wild students on a rampage to make it to homeroom on time. With every single person that entered the room, Willow’s heartbeat sped up a notch. Soon the room was finally full, and her heart was beating with such fervor that she was sure everyone in the room must have been able to hear the vigorous thumping.

Shyly looking up, she noticed people snickering, surely at her. As the seconds passed, the noise grew unbearable, and Willow felt herself growing more and more lightheaded. She blinked, suddenly noticing her head slowly floating up and out of her body. Embarrassed beyond belief, she reached up and fastened it back on her neck before anyone around her noticed.

Luckily, Mrs. Bright cleared her throat and started calling attendance a moment later. After Willow was done struggling to raise her voice enough to say “here,” she slumped into her chair and watched as the students around her went back to talking up a collective storm. A moment before the wind from their chatter blew Willow right out of the open window near the back corner, Mrs. Bright stood up and gave everyone a stern look.

Congratulations — You Made It!

Mrs. Bright held out her hand, and in one smooth swiping motion, she zipped everyone’s mouths closed. She pointed forward and twisted her fingers, and then pulled out a key to the mouths she had just locked. Calmly smiling, she began to teach the class of silent students.

If it had been possible, Willow would have started grinning along with Mrs. Bright. She had made it to her first class on her first day of school, and while she had encountered a few disasters along the way, she knew that the worst was over now.

How strange it was, really, that only when her mouth was locked shut did Willow feel able to breathe again.

How is your child in crowds, large spaces, or new environments? Have you ever talked to them whenever they feel uncomfortable in these kinds of spaces? What are ways do you think you can have conversations about social anxiety if your child shows symptoms of them?