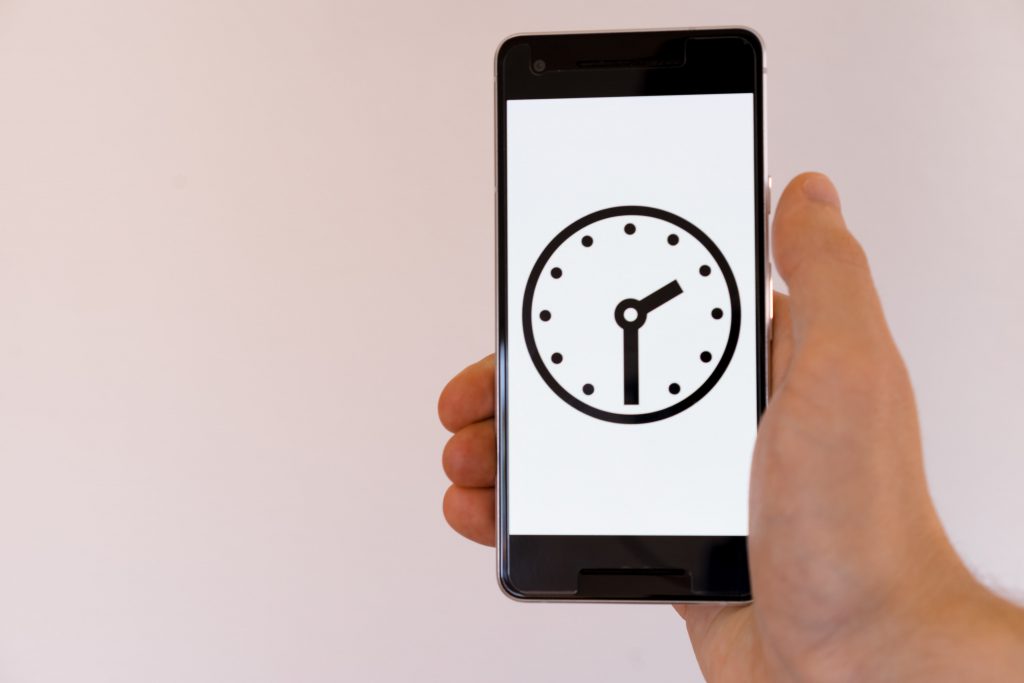 Let’s face it: even though we know that spending too much time online can affect us negatively, from affecting our sleep to worsening existing symptoms of depression, cutting down the amount of time we spend on our screens, and especially our phones, is easier said than done. Your child may need to use their phone for multiple reasons, like scheduled FaceTimes with their best friend who lives across the country, or checking e-mails for school or work. And even though these are done for fun, there’s nothing wrong with relaxing with catching up on Instagram stories and spending a bit of time on TikTok.

However, there is such a thing as too much screen time. It can look different for everyone, and what is considered too much screen time can depend on what one thinks is affecting them the most negatively. For example, maybe your child want to spend less time on Instagram because they keep seeing people posting their accomplishments that makes them feel bad for themselves, or maybe they want to spend less time on Twitter because they think they’re posting too much.

Whatever it is, it can be difficult taking those first few steps to cut down on something that’s such a deeply ingrained habit in our daily lives. Going cold turkey can be nearly impossible, and your child may be afraid of experiencing FOMO if they aren’t constantly on their most-used apps. To help your child (and even you!) reduce their social media use, we’ve provided a few steps to begin. We hope you can share these with your child, and let them determine on their own which apps have been negatively affecting them most.

First, have them think about which apps they use the most often or which ones they really feel like they can’t do without. They can check the specific stats on their Screen Time or Digital Wellbeing feature on their iPhone or Android, but they can also determine them using their own threshold. Twitter use may be the 5th most used app on their device, but if they feel like they need to constantly check it and personally feel like they use it the most, then they may want to prioritize that.

Second, if they haven’t done so already, disable notifications for that app. Most apps don’t need an immediate response right away, and if it takes them a few hours to get back to a DM, that’s totally fine.

Third, try having them set their own reminders of when to check the app. If you feel like they need stricter rules, set a certain amount of time that they can scroll on the app. You can do both of these by setting alarms on your phone: for example, you can give them an alarm to check Instagram every two hours, and then set an alarm to stop looking 10 minutes after that. So set an alarm for 10AM and 10:10AM, 12PM and 12:10PM, and so on.

Here is when you might want to start setting up screen time limits. If you feel like none of the tips above have helped, your child can start giving themselves harsher limits from your phone. That being said, you shouldn’t feel like you have to give them extreme limits: see how much time their phone is telling them that you spend on each app that day and start off by taking off 25% of it (AKA dividing that time by 4). So, if their phone is telling them that they usually spend about 2 hours a day on TikTok, try setting a limit of 1.5 hours per day. After a week, take off another ten minutes, then another ten minutes the next week, and so on.

Finally, always give your child grace. There’s probably a reason why they’re always using that app and have trouble using it less, and part of that reason may be because it does make them happy and they enjoy using it! Phones and social media are a part of our daily lives, whether we like it or not, so if they’re not meeting your expectations and breaking their screen time rules, it’s not a big deal. Just try again and practice a little harder the next day.